In July 2016 we were approached by the new owners (Taurus Funds Management) of Foxleigh Mine to provide all of the IT services for both the transition away from being under Anglo American control as well as all of the ongoing maintenance of the mine.  This resulted in us being at the forefront of this project as well as all other IT projects at the mine for the next 12 months.  Read more...

During this time, we implemented many solutions that were unique to the industry and required ‘out of the box’ thinking and design. One of these projects was to provide an alternative temporary Internet link to the mine while waiting for Telstra Mining Services (in conjunction with us) to provide a permanent solution. This became an urgent project as the previous Microwave link which was still owned by Anglo American did not provide enough bandwidth or reliability.  We came up with a design that combined a total of 9x ADSL 2+ connections at a Foxleigh owned premises in Middlemount with a Microwave link from there to the mine.  A special router was placed at both ends to combine the bandwidth of all 9 ADSL 2+ connections.  This became the sole IT WAN link to the mine for a period of 6 months without any outages and is still in use today as a failover connection.Other projects involved the segregation of the Foxleigh network for various contractors and the supply of adequate Internet for the same.  During our 12 month stint we also audited and catalogued all of their software licences, serials, 3rd party supplier details and updated where necessary for full EULA compliance.  Further to this we developed a SOE (Standard Operating Environment) and deployed this onto all new HP workstations and HP laptops, creating conformity and uniformity across the entire mine site and their Brisbane office.  We also designed, supplied and deployed a new HP server to handle around 28 virtual server installations.We had technicians on site at the mine for every week of the contract and also implemented IT help desk software as well as cutting edge monitoring of all computer devices – right out to individual end point devices.  At the end of 12 months our response to support requests had averaged less than 20 minutes and we had received and responded to over 3,500 individual emails.  Foxleigh was a challenging and interesting customer and we are proud to state that all of the projects & ongoing maintenance were undertaken with zero mine downtime or loss of productivity.

In April 2010, Kerr Solutions was engaged to solely look after the Rockhampton Girls Grammar School (RGGS) computer network.  They had previously had two internal IT employees who were not performing and their computer network had all but ground to a halt.   Read more...

A site audit revealed a backup system that was failing, servers that were outdated and overloaded, software that was largely out-of-date and not meeting compliance, a severe lack of network documentation, no disaster recovery plan whatsoever and end point computers that were struggling.  The IT setup was so neglected and run down that most of the student computer lab sessions had to be abandoned as the time taken to simply log onto the RGGS network would often exceed 40 minutes!

Kerr Solutions supplied 2 new HP blade servers, a new SAN, all new core switching and routing equipment, new computer lab PC’s and new student laptops.  We also brought all RGGS software up-to-date and passing licensing compliance.  We supplied a large NAS for backups and placed this in a building that was remote from their existing server location.  Our combined changes reduced their log-on times from over 40 minutes for a single PC, down to 13 seconds.  This is not a misprint and was truly game changing for both their students and their staff.Implementing all new hardware & software is only part of the story.  We also rebuilt their Active Directory and Group Policy from scratch and provided security settings to keep them safe from the ultimate IT threat of hacking and network intrusion.  We created an IT help-desk system and implemented Microsoft SCCM to further control and administer the entire network.  During our IT tenure, the total number of network computers at RGGS increased from roughly 250 to 400 PCs – all thoroughly managed and secure.  By August 2012, we had headhunted an IT technician for RGGS that could continue to look after their entire network single handed since all of the IT foundations and hard work had already been done.  This was a rewarding project that propelled the RGGS from the IT dark ages through to the forefront of IT implementation and management.

From their inception in 2007 until the appointment of a new practice manager in July 2016, Kerr Solutions did all of the IT implementation and maintenance for Alma Street Medical. Starting with a new server that we configured and built in 2007 which performed flawlessly for nearly 7 years, the work at Alma Street Medical was done on a shoestring budget but with money spent on exactly what was needed.  Read more...

We replaced this server in April 2014 and again set about taking full care of their IT – so that they could concentrate on the running of a medical practice. During this entire decade Alma Street Medical had no downtime or data corruptions. Also during this time there was not one virus threat and not a single hacking or network intrusion event. The biggest hiccup during this time was the fire that burnt Alma Street Medical to the ground on the 28th of June 2016. 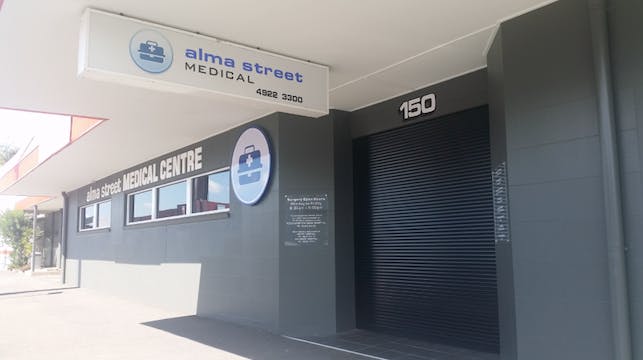 The day after the fire we were flat out setting up a temporary replacement server and gleaning all patient data from the comprehensive backups that we had running. By 10am the next day we had their patient databases up and running so that they could continue to operate. Within a couple of weeks we had a brand new server built and deployed at their new location. To say that we “saved their bacon” is a complete understatement!When looking after a customer like Alma Street Medical there are so many other things that you do behind the scenes to make things run smoothly. In the case of Alma Street Medical we gave them (free) their current main phone number (4922 3300) which we had on hold ourselves with Telstra. We also found them the temporary location at 155A Alma Street for them to operate from while the original site was rebuilt. We even had our staff helping them sift through the burnt rubble to salvage anything that was still useable. In November 2015 Kerr Solutions took over the full responsibility for Excelcare Australia’s IT systems.  Excelcare Australia is a large not-for-profit health care company with several branches in Rockhampton as well as Gracemere, Yeppoon, Emu Park, Gladstone, Bundaberg, Monto and Mackay.  This was yet another large project as there were many areas of their IT that were breaking down and misconfigured.   Read more...

We started with fixing the most important – their backup systems which simply needed reconfiguration and some more disk space.  We then moved onto the server which was a good model but just needed some more hard drives, some more ram and proper configuration.

We increased it from having 11 hard drives in (3 of these were set as hot spares) in 3 volumes to having 16 hard drives in 5 volumes (all in use).  We also increased the ram from 64GB to a total of 96GB.

These changes alone sped up the server by a factor of 3 fold.We next embarked up a process of changing their server configuration.  We found them running Exchange, Active Directory, Domain Control, DHCP & DNS and Hyper-V server on the physical host which was perplexing in the least.  They then had SQL, IIS and 3 databases on one virtual and their TS on the other virtual. 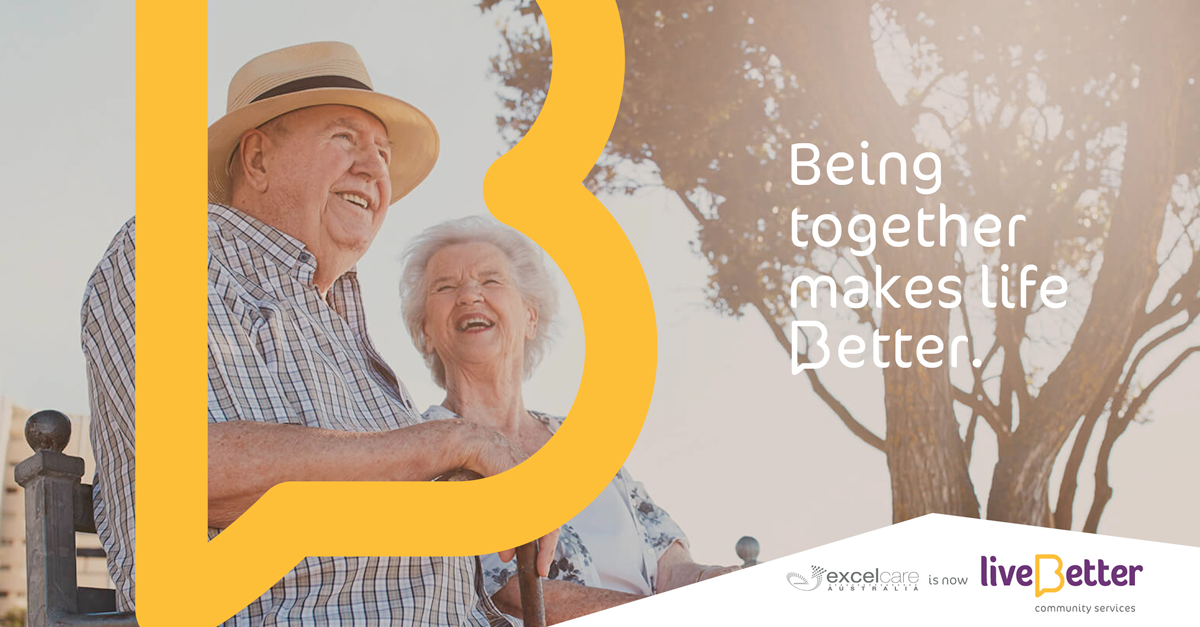 We got all of the tasks except Hyper-V off the physical host and created another 3 virtual OS’s so that exchange could have its own OS and its own dedicated drive volume and so that the Domain Controller also had its own OS.

These changes again doubled the user perceived speed of using the server and made all of the overnight backup run in less than an hour.  Previously the backups sometimes took over 24 hours and timed out.We also relocated their server from the Emu Park office which could flood and had regular power and Internet outages to their Fitzroy St branch – which is on the same power grid as the Rockhampton Base Hospital and is the most stable in Central Queensland.

We also helped Excelcare rollout a tablet system for all of their support workers – which worked at treat with totally locked down company owned tablets.  All end point PC’s for Excelcare Australia office staff at all branches were upgraded to Windows 10 (some of them from Windows XP) and to a network based Anti-virus solution (some from free AVG).Simply following Microsoft’s best practices in networking and server setup and finding out what was important to the customer resulted in a complete turnaround in the effectiveness of the Excelcare computer network.

In September 2012, Kerr Solutions took over the administration & maintenance of all IT systems for Queen Street, Brisbane based accounting firm Williams Hall Chadwick.  The combined experience of our IT team and the lower cost of living in Rockhampton helped us secure this contract.   Read more...

We setup bimonthly visits, automatic monitoring software and direct VPN access to their network.  This was an interesting project as it reverses the trend of some or our Central Queensland businesses thinking that they need hire Brisbane or Sydney based IT companies to get good results.

To set a point straight here – we have taken over many customers that were previously using Brisbane or Sydney based IT support and there has been nothing magical or even good about these setups.  Thanks to the World Wide Web, good IT knowledge is not limited to the upper echelon of university graduates from Harvard and Stanford, but rather it is gained by care, experience and exposure to a wide range of IT Systems.